WHEM has been under the contract with the Vermont Department of Environmental Conservation (VT DEC) to sample soil vapor under and surrounding residential buildings along Elmwood Avenue and Spring Street in the old north end of Burlington, where a neighborhood has been affected by a release of PCE from historical dry cleaning operations.  By combining our data with data from the EPA and a consultant for the responsible party, we have identified many homes that are impacted or at risk of being impacted by PCE by vapor intrusion (VI).

Once VI impact has been established at a home, WHEM then conducts a mitigation assessment, which is essentially an accelerated evaluation of corrective action alternatives and corrective action plan.  WHEM has done these for nearly a dozen homes.  The mitigation assessment work involves characterizing building use, building construction, utility lines, vapor intrusion pathways, and the conducting sub-slab communication testing.  Using an innovative system that involves temporary suction points and temporary testing points drilled though the basement floor, a shop vac,

a flow meter, and pressure gauges, we can evaluate the effectiveness and then design a sub-slab depressurization (SSD) system.  Other options considered have been:

1) no action, 2) vapor barrier only, and 3) concrete sealing.  For several of the homes that we have evaluated, WHEM has then worked with the VT DEC, homeowner, a professional engineer, and a mitigation system installer to construct the SSD system.  The final step has been to conduct post-installation performance testing and preparation of an O&M Manual for future SSD system operation. 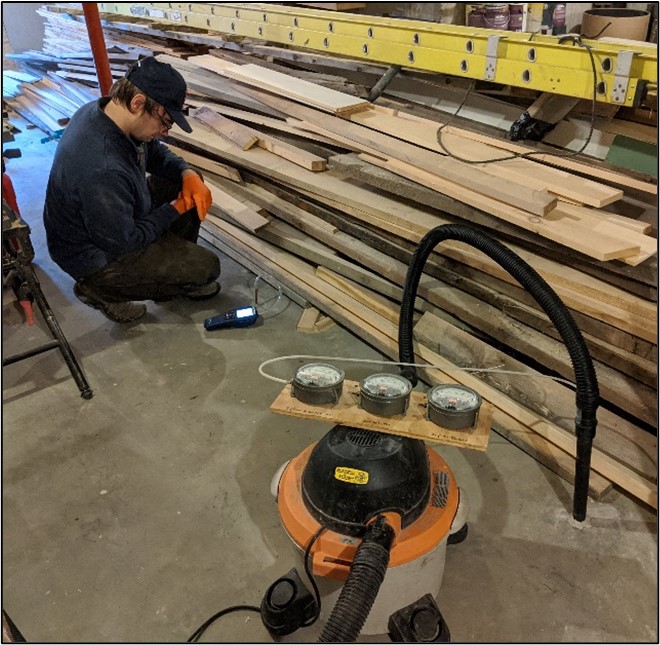