WHEM was contracted by the CCRPC, on behalf of the Village of Essex Junction, to conduct a Phase I ESA on the Handy Pocket Park property (formerly Road Res-Q).  Road Res-Q was a vehicle maintenance shop, and previously a gas station until the late from the 1930s through the late 1990s.  The site is also listed as SMS #96-1993.  Groundwater monitoring revealed contamination by petroleum VOCs, likely from one or more of the six 1962-era USTs removed in 1996.  In our Phase I ESA, we identified one REC related to the historic use of the property as a gas station and maintenance garage.  Identified groundwater contamination beneath the site has been generally limited to petroleum compounds, so there is potential that groundwater is also impacted by heavy metals or SVOCs.  Another data gap was that the full extent of groundwater contamination was unknown outside the vicinity of the former tanks; this unknown area included a portion of the property where gas pumps were in the northern portion of the property.

The conclusions and recommendations from the Phase I ESA led to a supplemental site investigation (SSI) completed by Verterre in July 2019.  Verterre advanced five soil borings; four of these were completed as monitoring wells.  Soil samples were collected and analyzed for volatile organic compounds (VOCs); a soil sample was also collected for analysis of total metals and PAHs.  Only one sample exceeded soil screening values, for Trimethylbenzenes. Lead was also detected in the soil sample, but not in exceedance of soil standards.  In groundwater, VOCs were reported above VGES in all sampled wells except for MW-103.  This investigation revealed that contamination in groundwater is traveling towards the building above VGES.  A vapor intrusion evaluation was not conducted, per recommendations from the VTDEC.

With several data gaps filled, WHEM was able to complete a Corrective Action Plan for the site.  The selected remedial action was to prepare a Soil Management Plan to ensure that lead-impacted soils exposure pathways are mitigated during and following redevelopment of the Site.  Upon completion of this CAP, WHEM believes the Village of Essex Junction will have demonstrated that the Site has met the criteria of substantial completion of the corrective action; based on this, WHEM requested a Certificate of Completion for the project on behalf of the Village of Essex Junction, a BRELLA enrollee.  Groundwater monitoring would continue through a third party, as the Village of Essex is not the responsible party for the groundwater contamination 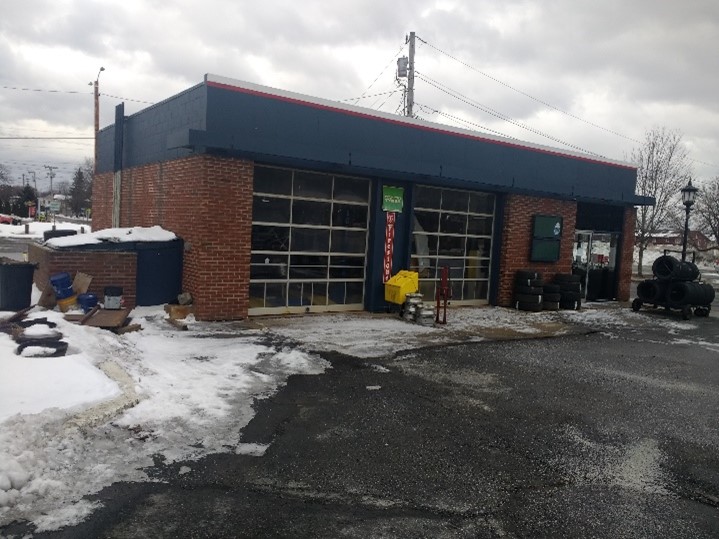